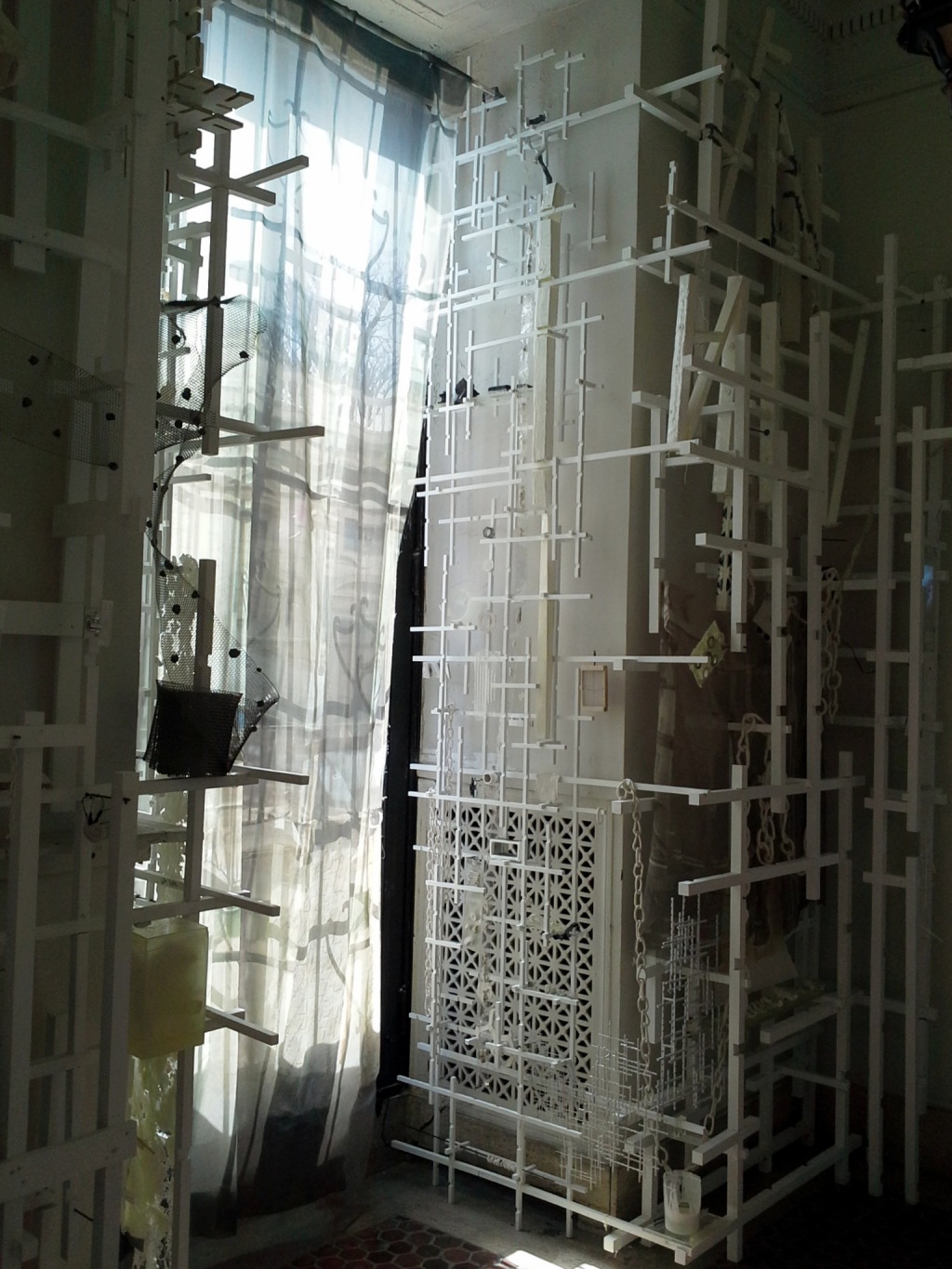 For a few weeks this spring, Minnie’s Land has returned to the site of Audubon’s nineteenth century farm of the same name in northern Manhattan—as part of the American Academy of Arts and Letters 2015 Invitational Exhibition of Visual Arts.

Created by Paul Baumann and Brooklyn Collectus, the installation has become an organic part of the north gallery’s foyer. A white wooden trellis supports shapes that reflect the topography and geologic underpinnings of Minnie’s Land as well as the architectural features of the Academy itself. The work, part of Baumann’s ongoing Taxonomy Series, reflects the layers of history that exist concurrently in the Audubon Park Historic District.

Fittingly, just outside the north gallery is the only parcel of land in the entire Audubon Park Historic District that is not covered with landfill, building, sidewalk, or pavement—a small rectangle of earth that John James Audubon and his family trod in the 1840s when they formed Minnie’s Land out of a rocky hillside above the river.

The exhibition, which includes forty contemporary artists chosen from more than two hundred nominees, is open to the public Thursdays through Sundays from 1:00 to 4:00 p.m. It runs through Sunday, April 12, 2015 at the American Academy of Arts and Letters at 155th Street and Broadway. 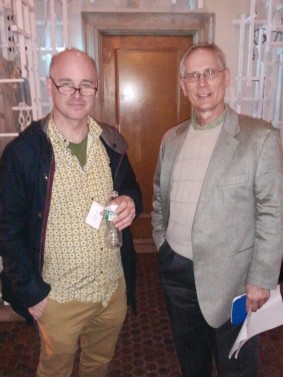 Paul Baumann and Matthew Spady, Opening of the 2015 2015 Invitational Exhibition of Visual Arts 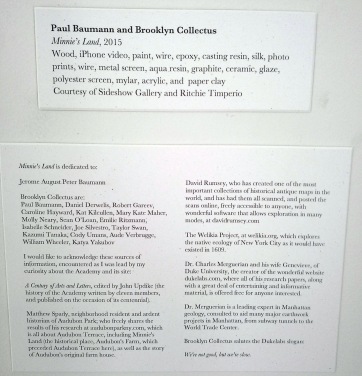 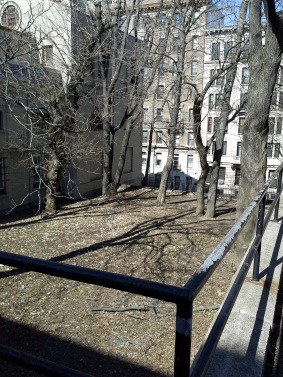 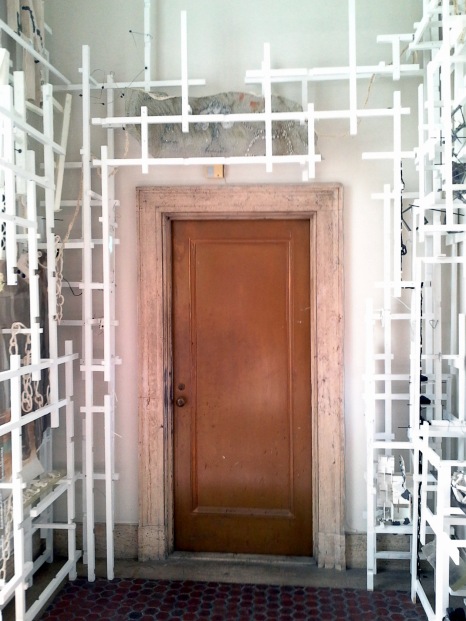 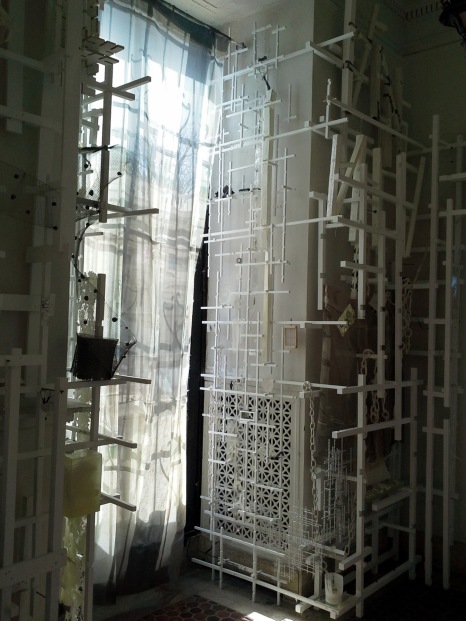